SCREENING >> Only in Askeaton 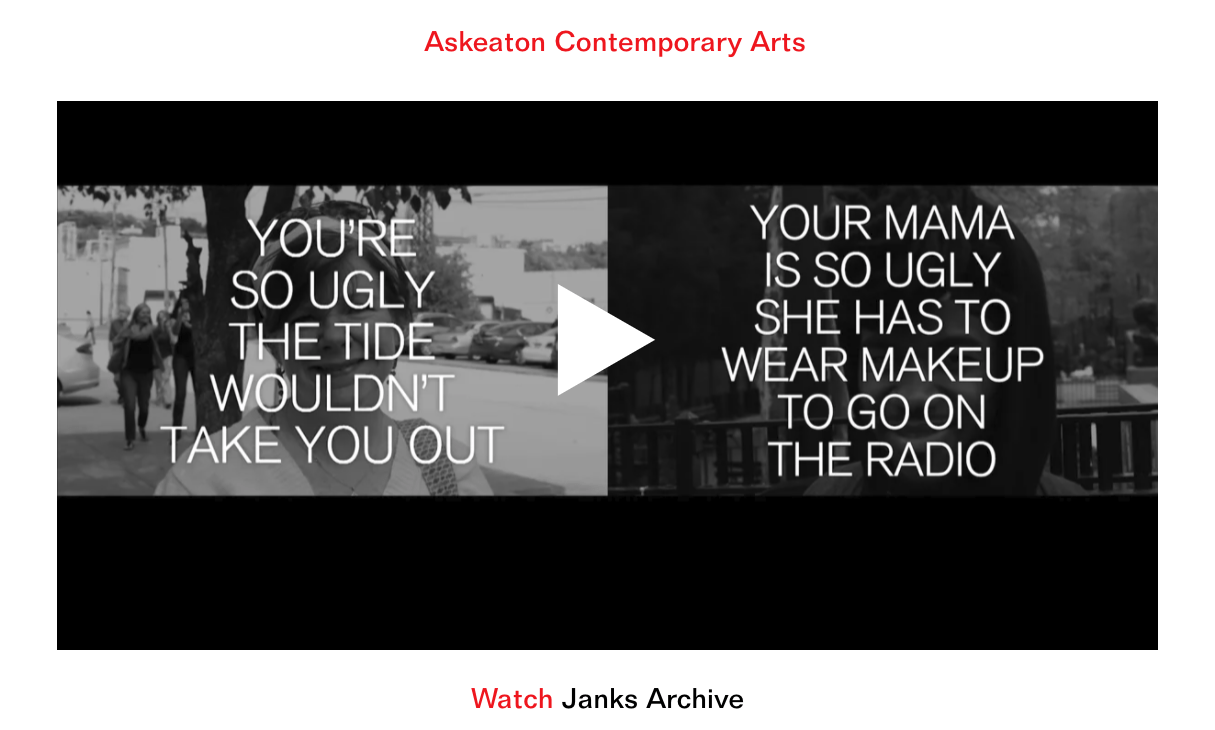 A special edit of “The Eternal Insult” is featured as part of Only in Askeaton, an online screening program on Askeaton Contemporary Art’s Media Channel: https://askeatonarts.com/media/

Janks Archive is an ongoing investigation of insult humour from around the world. Stemming from the word “Janks,” a colloquial term from Southern Alabama, this ever-expanding global project, with its members Jessica Langley and Ben Kinsley visited Askeaton to seek out local variations on this theme.

Why study insult humor? Janks Archive note that “Insults are an ancient oral tradition embedded within the collective consciousness of a culture or region with inherent ties to human social evolution. In this time of great political upheaval and xenophobia, we are driven to increase more understanding of something which on the surface seems antagonistic, but rather might be an invitation for exchange and mutual understanding.” In Mexico, Albures is a verbal game of double entendre. In Italy, Stornelli is a form of insulting folk poetry, while in Finland you might Heittää Herjaa. The video The Eternal Insult includes some favourite janks collected over the past 8 years in Belfast, North Carolina, Helsinki, Lithuania, Latvia, Mexico City, Philadelphia, Pittsburgh, Queens and Askeaton.